Image: tlindenbaum via Flickr Aaron McKenna picked up our arguments for a Site Value Tax over a property tax in his article in The Journal. See extract below Efficient use A better property tax (or at least a less bad one) would be a site value based tax, such as that economist Ronan Lyons [...]
“The Fair Tax” was launched by Smart Taxes in Buswells hotel yesterday. Fr Sean Healy introduced the book with a call for general tax reform. He pointed out that Social Justice Ireland has always been a supporter of land value tax. A proposal for a land value tax to fund a citizens income has been floated in a recent European conference held on social justice issues, with which he heartily agrees. He commended the book using the words of economist Colm McCarthy in the preface. 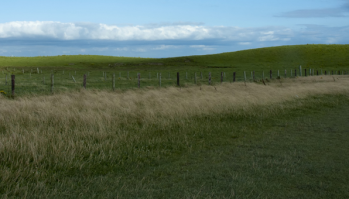 Ireland is unusual among industrialised countries in that it has no property tax. But that is about to change - and the type of property tax that is brought in will be crucial to Ireland's future. This new book from the Smart Taxes Network and Feasta explains how a poorly-designed property tax could bring about a second massive transfer of wealth from the 99% to the 1%. A Site Value Tax would be vastly preferable, and the book convincingly shows how easy it would be to assess and implement.

Will the 99% of Irish people be bounced into a second bailout of the elite 1% that includes the bankers, speculators and property developers? Could it be happening again under the cloak of secrecy the new Coalition has built around their new property tax? This book "The Fair Tax" compiled by the Smart Taxes network and edited by Emer Ó Siochrú is a wake up call that must not be ignored by the Irish people...
Good post by Cian O’Callaghan describing the frustrating size of the task before us  – and the Occupy movement in the irelandafternama blog.  [...]
Bill Mitchell outlines in comprehensive and heart sinking detail the impossibility of recovery under the current 'austerity reich'. Hes says "Ireland will struggle while they remain in the Eurozone. The system is geared heavily against them."
Support Feasta