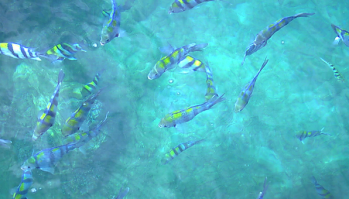 Graham Barnes writes that "creating and maintaining a currency without any interaction with fiat is clearly a challenge. It's like asking fish to reinvent water while they are swimming around in it. But if we consider the main forms of interaction with fiat, some clues as to the management of the difficulties may emerge."
For the first time a cryptography-based currency or altcoin, Auroracoin, has designed-in a predistribution (via premining) of currency. This article sets out a draft vision of how an altcoin that is designed to give priority to positive aspects of living neglected by the financialised economy might operate. By Graham Barnes.

Read The Ecology of Money online

In The Ecology of Money, Richard Douthwaite argues that just as different insects and animals have different effects on human society and the natural world, money has different effects according to its origins and purposes. Was it created to make profits for a commercial bank, or issued by a government as a form of taxation? Or was it created by its users themselves purely to facilitate their trade? And was it made in the place where it is used, or did local people have to provide goods and services to outsiders to get enough of it to trade among themselves? The Briefing shows that it will be impossible to build a just and sustainable world, unless and until money creation is democratized. Richard says that it is potentially the most important thing he has written.