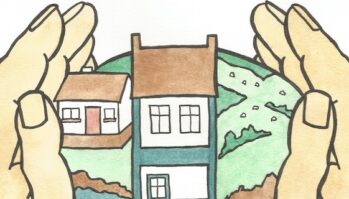 This event, jointly organised by Feasta and the Cork Environmental Forum, will explore the potential for community-focused banking to help reorient the Irish economy in a healthier direction.

Welcome to our new series of Bridging the Gaps. As with our previous series in 2020, and our 2019 podcast series Beyond the Obvious, it is co-organised by Feasta and the European Health Futures Forum (EHFF).

The hosts, Seán O’Conláin and Caroline Whyte, explore a range of topics with guests from a wide variety of backgrounds. We’ll upload 10 podcasts in the course of 2021. Please feel free to comment below.

Special thanks to Laoise Kelly who gave us permission to use her harp music. The piece is ‘Princess Beatrice’ from her Album ‘Just Harp’.

Podcasts are listed below … 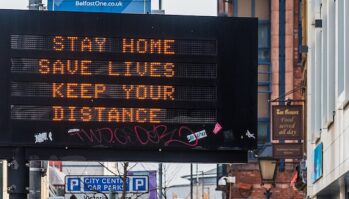 Brian Davey argues that degrowth is veering in a very bad direction because of deeply misguided national lockdown policies, and calls for a serious examination of the accuracy of COVID-19 tests.

The Psychology of Decision Makers, Professionals and the Elite is part of “the system”

To respond rationally to a crisis of the magnitude that humanity faces requires a common understanding of what is happening and widespread agreement of what must be done. Unfortunately a number of features of the psychology of the elite will not make this easy to achieve. Although people think about “personality” as features of “individuals”, certain personality traits, and group responses by those who manage the rest of us, are very common and arise from the very experience and existence of the inequality of power relationships. …

As we will show later in this article, this has enormous knock-on implications for the provision of essential goods and services as well as in the management of everyday life. The mental health implications then arise out of the way this undermines routine arrangements for living, as well as preventing the realisation of what people have chosen as their life purposes. These are the things that motivate them and what they aspire to. The resulting emotions include frustration, anger, fear and confusion too. The limits to economic growth, …

The proliferation of conspiracy theories – the growth of distrust against elites

The proliferation of conspiracy theories can therefore be seen as sign of a generalised deterioration in trust within civil society which has made it increasingly difficult to have coherent dialogues about important environment, economic and social issues. But this is because an increasing number of people are doing something …