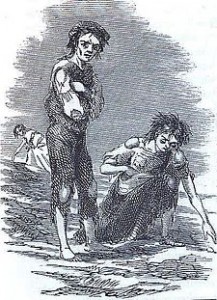 el Hudson reports the current European war  – as war it is indeed – in his stark missive Breakup of the euro? Is Iceland’s rejection of financial bullying a model for Greece and Ireland? in ‘New Economic Perspectives’ which is a call to emulate the courage of Icelanders. The protagonsists are the bankers and their FIRE allies (financial, insurance and real estate sector) on one side and the common peoples of Europe on the other.  All European governments so far have played the unedifying role of Quisling. Here are excerpts…

Financial power is to achieving what military conquest did in times past. Pretending to make indebted economies more competitive, the actual aim is to squeeze out enough payments so that bondholders (and indeed, voters) will not be obliged to confront the reality that many debts are unpayable except at the price of making the economy too debt-ridden, too regressively tax-ridden and too burdened with rising privatized infrastructure charges to be competitive.

Cutting back public spending and regressive tax shifts dry up capital investment and productivity. Such economies are run like companies taken over by debt-leveraged raiders on credit, who downsize and outsource their labor force so as to squeeze out enough revenue to pay their own creditors – who take what they can and run. The tactic attack of this financial attack is no longer overt military force as in days of yore, but something less costly because its victims submit more voluntarily.

The bankers propaganda is so powerful that the people have actually  begun to accept their need for punishment and that this will buy them salvation eventually – a kind of necessary economic purgatory. Hudson lays bares the flaw at the heart of this dogma..

…The idea of paying debts regardless of social cost is backed by mathematical models as complex as those used by physicists designing atomic reactors. But they have a basic flaw simple enough for a grade-school math student to understand: They assume that economies can pay debts growing exponentially at a higher rate than production or exports are growing. Only by ignoring the ability to pay – by creating an economic surplus over break-even levels – can one believe that debt leveraging can produce enough financial “balance sheet” gains to pay banks, pension funds and other financial institutions that recycle their interest into new loans. Financial engineering is expected to usher in a postindustrial society that makes money from money (or rather, from credit) via rising asset prices for real estate, stocks and bonds.

It all seems much easier than earning profit from tangible investment to produce and market goods and services, because banks can fuel asset-price inflation simply by creating credit electronically on their computer keyboards. Until 2008 many families throughout the world saw the price of their home rise by more than they earned in an entire year. This cut out the troublesome M-C-M’ cycle (using capital to produce commodities to sell at a profit), by M-M’ (buying real estate or assets already in place, or stocks and bonds already issued, and waiting for the central bank to inflate their prices by lowering interest rates and untaxing wealth so that high income investors can increase their demand for property and financial securities).

The problem is that credit is debt, and debt must be paid – with interest. And when an economy pays interest, less revenue is left over to spend on goods and services. So markets shrink, sales decline, profits fall, and there is less cash flow to pay interest and dividends. Unemployment spreads, rents fall, mortgage-holders default, and real estate is thrown onto the market at falling prices.

When asset prices crash, these debts remain in place. As the Bubble Economy turns into a nightmare, politicians are taking private (and often fraudulent) bank losses onto the public balance sheet. This is dividing European politics and even threatening to break up the Eurozone.

Is this what the European project has come to – a bloodless capitulation to a new aristocracy?

So “Saving the euro” is a euphemism for governments saving the financial class – and with it a debt dynamic that is nearing its end regardless of what they do. The aim is for euro-debts to Germany, the Netherlands, France and financial institutions (now joined by vulture funds) to preserve their value. (No haircuts for them). The price is to be paid by labor and industry.

Government authority is to lose most of all. Just as the public domain is to be carved up and sold to pay creditors, economic policy is being taken out of the hands of democratically elected representatives and placed in the hands of the ECB, European Commission and IMF. The latter is playing “good cop” for the time being, to the ECB’s “bad cop.” But all financial institutions are willing to see Spain’s unemployment rate rise to 20%, much as in the Baltics, with nearly twice as high an unemployment rate among recent school graduates. As William Nassau Senior is reported to have said when told that a million Irishmen had died in the potato famine: “It is not enough!”

The Irish have seen this warped economic rationale before – 0ne that condoned the export of grain and butter as the people starved in the ditches.  We above all others should not accept the perverted economics of the ECB and their lackeys.  We must  break the spell of economic disinformation that clouds our minds using the magic formula of MMT.  The banks debts that cannot be paid, should not be paid.  The bond market is not more powerful than the will of the people.  Money can and should serve the people through a democratically elected government.  But most of all, we must fully understand and accept that the crisis is not our fault – no more than the failure of the potato was. Let the chant go out  – MMT, MMT AND THE JOB GUARANTEE!