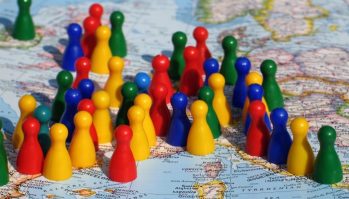 Many discussions on sustainability rarely mention the world's growing population and whether current or projected future levels are – or can be made – compatible with living within the limits set by the Earth's regenerative capacity. David Knight's paper shows that the growing population is not incompatible with lower levels of energy use, but that the rising levels of consumption in rich countries and “emerging” ones like Brazil, India and China certainly are.
Emer O'Siochru believes that the proximity principle has to be turned on its head if communities are to become sustainable. She argued that, instead of bringing similar activities closer together to reap the benefits of scale and agglomeration, different activities should be beside each other to be more energy- and carbon-efficient. She wants new, low-carbon food, energy and shelter production systems to be integrated locally to transform and invigorate rural communities.
James Pike explained how a non-debt method of financing property development, Equity Partnerships, can not only rescue completed developments which can't be sold in the present market, but can also provide a way in which all occupiers gain a stake in future developments. Equity partnerships are equally suitable for community energy projects.

By John Jopling for Feasta, October 2003

This submission argues that the Sustainable Development Commission has thus far tended to emphasise symptoms of global problems rather than their root causes. In particular, it argues that the SDC should consider the role played by the global financial system in the world economy, and the link between debt-based money and the pressure on economies to expand indefinitely.