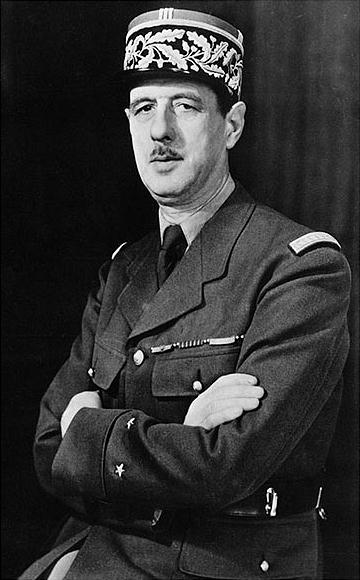 Philip Pilkington is a member of Feasta and  Economic Working Group of the the Environmental Pillar.  He blogs in Naked Capitalism and is a leading young MMT advocate in Ireland. Here he writes about the danger of inflation where a Job Guarantee in a under developed country stimulates the importation of fancy goods that causes inflation and the devaluation of the floating currency.  This could be true for Ireland as we make very little stuff here.  He says to do what De Gaulle did in France after the War – find out what people want and incentivise its production locally.  All becomes possible once the neo-liberal blindfolds are removed !

By Philip Pilkington, a writer and journalist based in Dublin, Ireland. You can follow him on Twitter at @pilkingtonphil

I expect to see the State, which is in a position to calculate the marginal efficiency of capital-goods on long views and on the basis of the general social advantage, taking an ever greater responsibility for directly organizing investment.

One of the main concerns with implementing economic

policy in developing countries is inflation. Many of these countries do not have sufficient productive capacity to ensure that their population is able to consume the goods and services they desire when their living standards rise. This often leads to rising imports, currency devaluation and inflation when policy is geared toward rising incomes.

These are some of the problems that Randy Wray dealt with in his recent post on a jobs guarantee program as it might be implemented in developing countries. Wray says that in order to overcome inflation from higher incomes, the program should be implemented very gradually. While this seems like a sensible approach I think that Wray is being slightly too modest about what sort of policies Modern Monetary Theory (MMT) can facilitate to ensure both full employment and price stability.

Functional Finance as a Tool for Development

MMTers make the claim – following in the footsteps of Abba Lerner – that the government budget should not be subject to any sort of arbitrary balancing constraint. Instead Lerner and the MMTers advocate that the government budget balance should be conceived of strictly from the point-of-view of real economic variables. Thus, if there is unemployment the budget should be unbalanced, while if there is high inflation due to output capacity being outpaced by demand the budget should be moved closer to balance or even, in certain cases, into surplus. Lerner referred to this approach as ‘functional finance’

However, if a developing country tries to spend up to the point of full employment while maintaining a floating exchange rate they are, as stated above, likely to see devaluation and inflation take place as the weakened currency chases more and more imported goods that the country’s own domestic industry cannot produce. As incomes rise through government spending programs (and potential rises in real wages) people will be more inclined to seek out goods and services that were previously thought of as only available to a small stratum of the population. Devaluation and inflation are then almost inevitable.

But think about this for a moment; if we adhere to a purely functional view of finance then we have far more options available than might appear at first glance. We can actually use government fiscal policy to guide domestic investment decisions and ensure that the goods and services people desire as their incomes rise are produced at home rather than abroad. Then we need be less concerned with currency devaluation and inflation as these goods and services will be denominated in the domestic currency. This supply-side planning can then be coupled with demand-side policies aimed at raising income – the jobs guarantee program being the most important of these – to produce rising living standards and full employment while maintaining stable prices and a stable currency.

Let’s take a simplified hypothetical example. A developing country – let’s call it Developtopia – is seeking to implement full employment policies and raise the standards of living for all of its citizens. The government and policymakers of Developtopia are all MMT-oriented and allow the government budget to be manipulated in a ‘functional’ manner. They’ve also agreed to maintain the currency in free-float.

The government of Developtopia then start by gradually implementing a jobs guarantee program. MMT economists working for the government then run surveys of shops and consumers to see what goods and services people are buying with their newly issued pay checks. They find, let’s say, that citizens of Developtopia are buying higher quality furnishings for their houses and that these are being imported from Scandinavia.

This is a problem because every time a citizen buys a high-quality piece of furniture downward pressure is (theoretically) put on the currency of Developtopia. As the currency depreciates the Scandinavian furniture, together with other goods and services, become increasingly expensive. The government then face a rising rate of inflation that could undermine their policy efforts.

Now, if the government and policymakers are good MMTers they will see that there is a clean and efficient way to solve this problem through the further use of the functional finance paradigm. The government can move to incentivise and subsidise high quality furniture companies to set up shop in Developtopia. They can massively cut taxes on these companies and provide once-off fiscal transfers to entrepreneurs who want to start such companies up. They can also build carpentry and other training programs into their jobs guarantee scheme.

Within a short period of time the stars will align for the new domestic high-quality furniture industry. Entrepreneurs will get a kick-start from the government together with extremely high-rates of return over the medium run. They will also be able to hire out a newly trained pool of semi-skilled workers.

Obviously, the real world is a bit more complicated than this simple example and these changes could take time. But the fundamental principle is sound.

This is a type of approach to economic policy that has a long and interesting history. It was extremely popular in France after the Second World War and came to be known as ‘dirigisme’ – which is derived from the French for ‘to direct’.

Dirigisme in France after WWII

After World War Two the French economy lay in ruins. In addition to this many of the former leaders of business were compromised due to their collaboration with the Nazis and the Vichy government. De Gaulle’s centre-right government decided that they had to do something about the mess and so they began to initiate dirigistic economic policies.

Basically the state formed a planning agency that determined what needed to be produced and the government then incentivised the market to produce the desired goods and services. The experiment was a remarkable success and the French economy flourished. The period of dirigisme in France after the war became known as the Trente Glorieuses (The Glorious Thirty) and was characterised by high productivity, high real wage gains and a strong rate of GDP growth (averaging 4.2% a year).

The project was disassembled by a Socialist government under Francois Mitterand starting in 1981 and the slowdown in GDP growth that resulted speaks for itself.

The post-dirigisme period – which was characterised by market liberalisation and other neoliberal nonsense – was one of low growth and high unemployment. A malaise with the French political system itself set in soon after and the far-right Front National party began its gradual and disturbing rise. Basically, the French political system put a gun in its mouth and pulled the trigger – this was the sacrificing of a competent government on the altar of neoliberalism.

Clearly dirigisme is a workable method of economic governance. It allows markets to continue to function but at the same time channels investment into needed channels quickly and effectively. It does all this without the need for complex bureaucracies. All that is needed is good researchers and planners and a sensible government willing to incentivise investment that serves the public purpose. Coupled with the functional finance approach as laid out by Abba Lerner and the MMTers the possibilities for developing countries (and developed countries) are endless.

Countries that might be good candidates for a policy mix based on dirigisme and a jobs guarantee program – that is, a simultaneous supply and demand side MMT policy mix – might include: any developing country experiencing high rates of inflation (Argentina, are you listening?); Eastern and Middle-Eastern countries that already run their economies in a somewhat similar fashion to a dirigisme system (Egypt, Kazakhstan, Iran etc.); those countries that are currently trying to realise a new type of socialism for the 21st century (Venezuela, Bolivia, Peru etc.); and, of course, those countries making the transition away from centrally planned economies (especially Cuba which, with its pre-existing institutional structure, might provide a very interesting test case for such a paradigm).

In order to start this process MMT should explicitly endorse dirigistic policies as a counter to currency devaluation and inflation. MMTers should recognise the planning opportunities opened up by a proper understanding of what it means to operate one’s own currency in a floating exchange rate system.

After the war France was left with the possibility of inflation and even rationing because its domestic economy had been torn to pieces. The French were able to channel investment in such a way that their economy grew at record levels and produced a Golden Era of development. There’s no reason that other countries cannot follow a similar development model while integrating the demand-side jobs guarantee approach that MMT already advocates.

Keynes correctly predicted that after the Great Depression governments would have take far more responsibility for investment than they had up to that point in historical time. Today, if we are to avoid global economic stagnation, this appears to be equally true. But on the supply-side we can ameliorate potential downsides of governments raising employment and aggregate demand by recognising the planning potentials opened up by operating a sovereign currency under a floating exchange rate system.

The key task now is to elaborate on such an approach and make it saleable for both businesses and governments in the developing world.