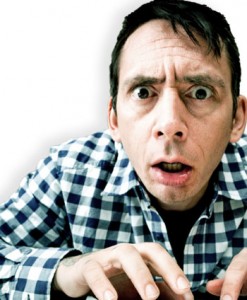 Here is some analysis that is not often reported or considered in all the furore about sovereign debt and bank bailouts. It is about the real economy – where people’s lives are played out.

The Irish Central Statistics Office has a special unit which investigates “job churn” and provides several experimental data sets that shed light on the dynamics of the Irish labour market in ways not normally presented in the mainstream media.

As background, I had a large Australian Research Council grant a few years ago to investigate labour market dynamics. Very few people pursue this sort of research yet the results are always very revealing.

Several studies reveal that labour markets in countries like Australia are in a constant state of flux which means that specific jobs are continually created and destroyed as firms expand, adjust to changing labour force characteristics, restructure, contract or close.

This process of job creation and destruction (JC&D) is mirrored by movements of workers between labour force states. When we consider employment dynamics using macroeconomic data we typically focus on measures of net employment changes over time.

In other words, a net focus at the aggregate focus prevents an understanding of flows noted above (numbers of jobs created and destroyed and movements of workers across labour force categories).

A net figure showing an increase in employment of 20 thousand can be describe totally different underlying dynamics. For example, imagine that 100 thousand jobs were created and 80 thousand were destroyed in the month – which would suggest a highly fluid labour market. Compare that to just 20 thousand jobs being created and none destroyed – a much less vibrant situation.

Research in this area thus analyses the flows of workers between states usually at a disaggregated industry level to gauge the extent to which the labour market is in flux.

There are several technical issues involved in calculating the job creation and job destruction rates and the derivative time series but I will ignore them here. I have several academic papers out on this topic if anyone is interested in pursuing the matter more formally.

We initially define the rate of employment growth in sector i (that is, a sub-sector of some industry) at some time (t) as the percentage change in employment between two periods in relation to the average size of sector i over the period in question.

Aggregate gross job flow measures are then computed by summing over all sectors in an industry (or over industries).

You can read a Background Notes on compilation of Job Churn statistics at CSO, Ireland which describes the data set.

The following graph is taken from the Job Churn Background notes and shows real GDP (and real GNP) and the unemployment rate for Ireland in the period preceding the crisis and the early part of the crisis. It is self-explanatory and describes an economy in a state of collapse. The decline in the size of the economy (as shown by the real GDP decline) is staggering.

But the situation has worsened considerably since that time and now unemployment is over 15 per cent notwithstanding the considerable out-migration of workers seeking employment elsewhere (many are coming to Australia to seek a job). To give you something to compare the Irish gross flows data against, the following graph shows the All Industries job creation and job destruction rates in Australia between 1983 and 2002 with the shaded area corresponding the major recession that the economy endured during this period. The graph shows starkly what happens to job flows over a business cycle. As you can see during the recession (which was Australia’s worst downturn since the Great Depression) the job destruction rate soared (peaking at around 0.06) and job creation rate plunged (to around 0.01). there was considerable turmoil in the period following the recession with job creation taking a long time to establish a new dominance. Now how does Ireland stack up in the recent period? The Central Statistics Office in Ireland has experimental data for 2006 to 2009. I will be waiting to see the 2010 data with special interest.

The following graph is taken from the data provided by the Central Statistics Office in Ireland and shows the numbers of jobs created and destroyed for the years 2006 to 2009. The data isn’t available for 2010 and beyond but the developments since 2009, driven by the harsh austerity program that the Irish government unwisely inflicted on its citizens will have caused job destruction to rise even higher and job creation to fall further.

Noting my new iMac colours (this is the first blog researched, produced and written using OS X), the job destruction is running at around 3 times the job creation (in numbers). I have seen this type of data for many nations now and the scale of the Irish collapse and its persistence since is without precedence.

The next graph shows the job creation and job destruction rates in Ireland between 2006 and 2009. The horizontal blue line (at around 0.07) shows the worst job destruction rate that Australia had to endure in the 1991 recession aftermath to give you some impression of scale. The Australian downturn was very severe. The Irish downturn and government-sponsored perpetuation of it is a human disaster. But the job destruction rates in Ireland really scared me when I started to dig into the data. They tell me that the labour market is being severely damaged and the path-dependency will be profound and long-lived. The destruction of jobs at the rates that the Central Statistics Office has calculated are without exception. Given what has happened since this data was compiled – as Ireland endures its fourth year of economic contraction I can only conclude that the costs of this destructive policy choices are so great and so permanent that the costs involved in exiting the Eurozone would be dwarfed.

I challenge all the neo-liberal, pro-Euro types to actually outline what the costs of exit would be. But they should make sure they understand that the majority of their costs would be inapplicable once currency sovereignty was restored.

It is easy for an outsider like me to wax lyrical about the plight of another country and its people. I recognise that. But I have no doubt that the best option for Ireland is to default and exit as soon as possible. Greece should follow its lead (or give it a lead).

And remember when considering Ireland and Greece etc do not forget that one of the most vehement proponents of fiscal austerity including cutting wages and conditions, cutting welfare support and privatising public assets was none other than Christine Lagarde, who is now trying to worm her way into the IMF as boss. She would be a disastrous choice for that position.