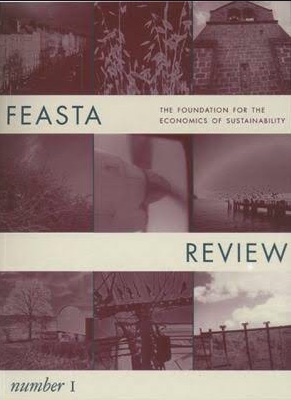 The Review gathers together many of the ideas that had been circulating among people associated with Feasta. For example, it carries the full texts and the graphics of the 1999 Feasta lecture by the heretic ex-World Bank economist, Herman Daly and the 2000 lecture by David Korten, author of 'When Corporations Rule The World'. Papers by other people who have spoken at Feasta meetings are included too.

The full text can be found as a PDF Version.…

Economics for the Common Good

What do Gandhi, Herman Daly and the author of Small is Beautiful, E.F. Schumacher, have in common? All three tried (or in Daly’s case, is trying) to move economic thought away from the dehumanised, mathematical, and amoral stance that has formed the basis of conventional economics since the Industrial Revolution. They are consequently qualified to be called social or humanistic economists, the terms now used to describe thinkers who place human – and …

The full text can be found as a PDF Version…