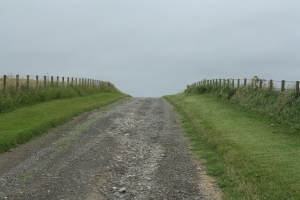 Contemplating the financial collapse and flipping the fear [email protected] LIVING ROOM present a conversation with David Korowicz of Feasta and Dr. Francis J Valloor, clinical psychologist.
Carbon credits, taxes and swaps--what's not to love? Those who perceive climate change as the biggest threat we have to tackle have been played by the corporations. The author here rightfully puts climate change in its place; one of many threats converging in a catastrophe due to too much growth of human economies. [...]
Insightful, but something crucial is missing in the equation--the impact of climate change. If we consider the interactions and feedback mechanisms of peak oil + financial crisis + climate change which constitute the global capitalist system, the total impact of economic decline becomes more catastrophic. Minqi Li, in his The Rise of China and Demise of the Capitalist World Economy (Pluto Press, 2009) does precisely this more comprehensive analysis--and he predicts a likely collapse by 2050. Richard Heinberg, in The End of Growth, also analyses the total impact of the triple crunch of peak oil, climate change and financial crisis, although he thinks that we still have time to turn things around and, if we do the right things, avert a collapse.
Support Feasta