There is a measure of this called the ecological footprint which measures the amount of biologically active land and sea needed to provide the resources and absorb the wastes and pollution of our lifestyles.

Using this measure we know that the global economic system is using land and sea as if we had 1.7 planets. Of course we have only 1 and the 0.7 planet is a measure of overshoot. It’s a measure of the amount we are overusing the biosphere and degrading the planet – producing climate change and species extinction.

So we have to use less and that means contracting or degrowing the size of the economy. Above all it means that the rich must consume less. I say that not mainly for reasons of equalitarianism but because of mathematics. The poor cannot shrink the cnsumption they don’t have – it is the rich that over-consumes.

One half of global carbon emissions that are causing climate change are generated by the life style of the top 10% of the global population. At the same time the poorest half of humanity are responsible for only 10% of greenhouse gas emissions. We cannot solve the climate crisis by squeezing them.

The bad news for the people in this marquee and at this festival is that almost all of us here are in the top 10% of global income earners. Indeed you are in the top 1% if you have a per capita income of £22,500 or above.

Most policymakers advised by most economists tell a different story. Their goal is more growth, the production of more stuff – which they say is possible while using less energy and materials because of new technologies.

They claim clever technologies will make possible a decoupling of resource use and pollution from growth.

This is an insane fantasy and mainstream economists can only argue this point of view by ignoring a huge amount of evidence.

A recent literature review published by the European Environment Bureau references nearly 100 peer reviewed academic studies which show that 20 or 30 years of policies like this have failed. There are countries where production increased but resource use and pollution appeared to fall – but it was because the dirty and resource guzzling industries moved to countries like China.

Nearly 50 years ago a group of scientists wrote a study called the Limits to Economic Growth claiming that growth would start contracting in the first 2 decades of the 21st century.

This was remarkably prophetic. Economists are now talking about ‘secular stagnation’ and the threat of contraction is making the finance sector very unstable because unless incomes rise people and companies find it difficult to service their debts.
So why did MIT scientists predict the economy would stop growing? They predicted that there would be two reasons.

The first is because of the impacts of pollution so it would cost more to fix the damage and to try to avert the damage.

The second is because of the depletion of oil, gas and coal and of other materials. This depletion would mean we would have to turn to extracting and accessing more expensive sources of coal, oil and gas as well as energy sources like wind and solar. And wind and solar are more expensive when we engineer for coping with intermittency as well as the expense of energy storage.

This increasing expense means that when people have paid their energy and and energy intensive food bills they have less left over for buying anything else. This is bad news for a city like Nottingham which projects itself as a regional shopping centre.
This cannot be covered by borrowing more for very long when there is no growto provide the extra income to pay interest, to service debts.

So what’s the solution? There is no solution if you want to get growth going again. Contraction is now inevitable – particularly of rich peoples lifestyles.

Secondly, recognising that the consumer economy is dying we need to share more – share public transport, share community facilities and housing more, share land and cultivated spaces, share durable goods built to last and be repairable. Renewable energy is important but viable only in a smaller economy that uses less energy. Sharing is far more important.

This talk was given by Brian Davey at the Nottingham Green Festival on September 15 2019. 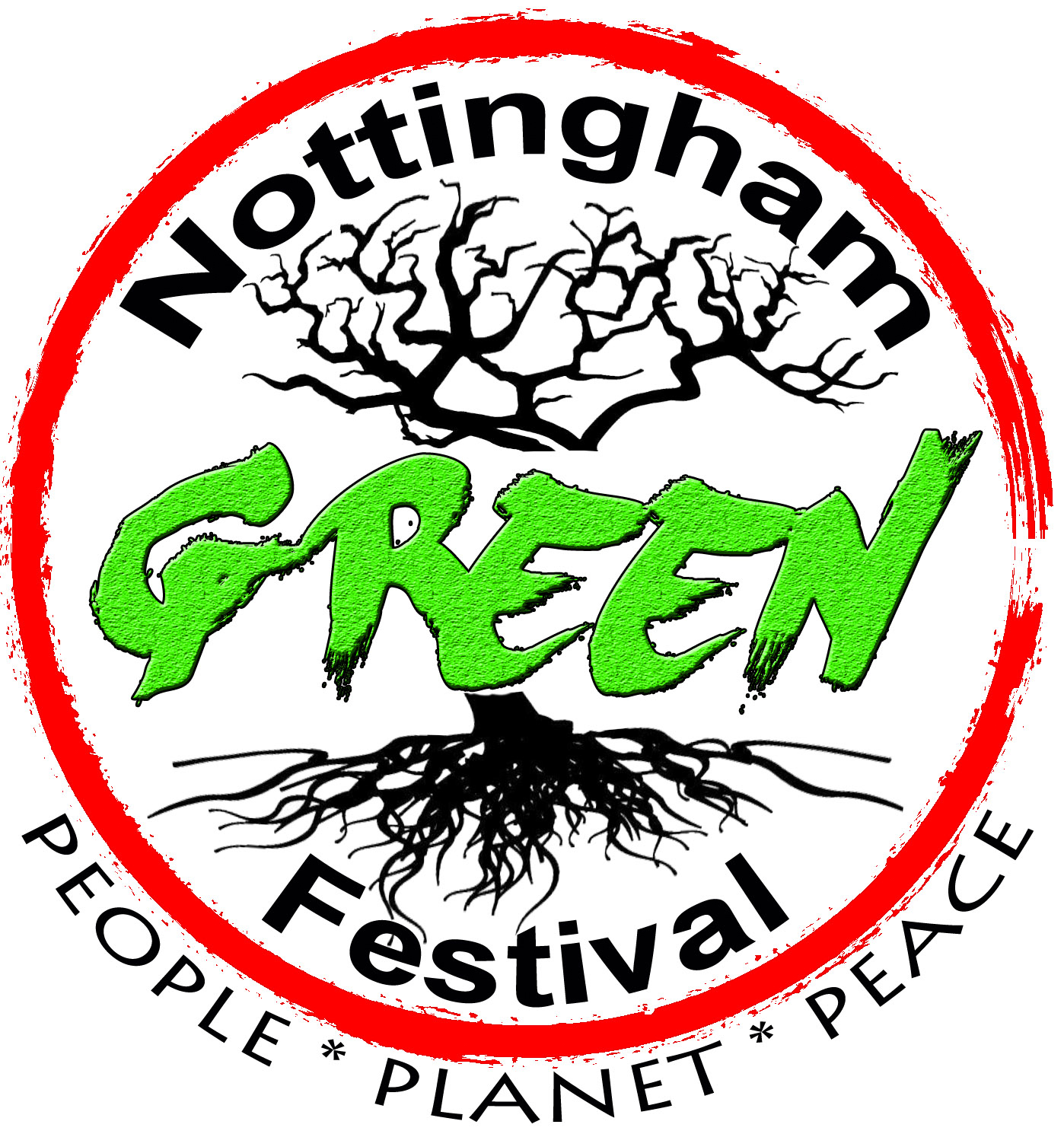 Brian Davey graduated from the Nottingham University Department of Economics and, aside from a brief spell working in eastern Germany showing how to do community development work, has spent most of his life working in the community and voluntary sector in Nottingham particularly in health promotion, mental health and environmental fields. He helped form Ecoworks, a community garden and environmental project for people with mental health problems. He is a member of Feasta Climate Working Group and former co-ordinator of the Cap and Share Campaign. He is editor of the Feasta book Sharing for Survival: Restoring the Climate, the Commons and Society, and the author of Credo: Economic Beliefs in a World in Crisis.