Wake-up call to all of us – A call for action to strengthen social ethics as well as the self-regulatory capacity of life on earth.

Position Statement adapted from a workshop given by Willi Kiefel, trustee of Feasta, to the Institute for Earth System Preservation, in March 2019, in Raitenhaslach, Bavaria, Germany.

The earlier predictions of the Intergovernmental Panel on Climate Change (IPCC), 5th Assessment Report of 2014, turned out to be too optimistic. Our planet is warming faster and more than IPCC assumed. The increasing amount of catastrophic flooding, prolonged periods of extreme heat and increased frequency of extreme storms tell their own story.

These climate events are undeniably man made.

Our economic philosophy of ever increasing material growth is the reason.
This model originated in the developed world (Global North). Unfortunately, it has been increasingly adopted by the Global South and China.Over the past 70 years, (material) growth has become the driver for ever increasing consumption in order to increase happiness.

Pope Francis compares this economic concept with a “Dance around the Golden Calf”:

“…the idolatry of money and the dictatorship of an impersonal economy lacking a truly human purpose. .. lays bare the lack of real concern for human beings; man is reduced to one of his needs alone: consumption.” (Apostolic Exhortation,2013) 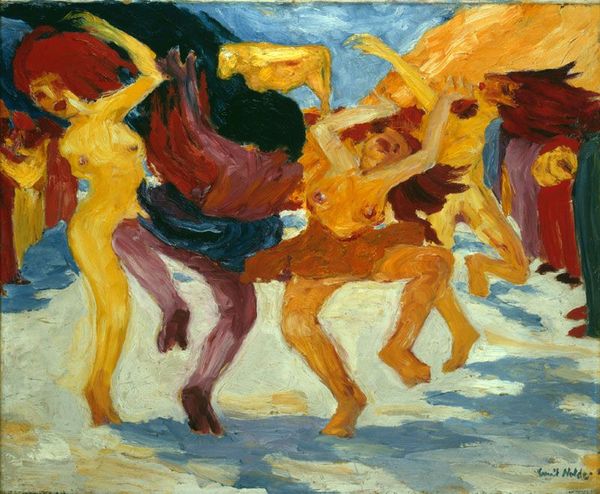 Our economic model is based on free usage of natural resources. The assumption is that new technologies and great innovations, so called “disruptive” developments, will look after sufficient supplies of these resources.

But we continue to transgress our planetary boundaries. These define a “safe operating space” for humanity and are essential for human development and well-being.

On the other hand there are also examples of global efforts to tackle global environmental problems. They have shown that there can be a successful international cooperation. The cleaning up the London Thames, or clearing the smog over Los Angeles, were national success stories.
Pesticides such as DDT, which have been banned in developed countries and replaced by less harmful alternatives. Lead has been removed from petroleum-based fuels, 21st century fridges function without CFCs- all these are examples of international success stories.

Regrettably, these good examples did not translate into a deeper re-think of our environmental and economic values. On the contrary, this model is increasingly adopted by the Global South in the hope to bring their lifestyles to our level, the Global North level.

The Rich World/ Global North is responsible for the mess caused by this economic thinking. We have to accept our responsibility for contributing to this development. We must try to reverse this development, even though this will mean a deep and radical change for us. And such change is never easy.

Our societies must pull the metaphorical emergency brake.

“.. You only talk about moving forward with the same bad ideas that got us into this mess, even when the only sensible thing to do is pull the emergency brake… Our civilization is being sacrificed for the opportunity of a very small number of people to continue making enormous amounts of money. Our biosphere is being sacrificed ..It is the sufferings of the many which pay for the luxuries of the few.. . We need to keep the fossil fuels in the ground, and we need to focus on equity. And if solutions within the system are so impossible to find, maybe we should change the system itself.”

The concept of the planetary boundaries illustrates the enormous stress that human’s modern lifestyle has on the Earth’s ecosystems. The overuse of nitrogen, for example, has already well exceeded its sustainable boundary. We need to focus on ecological factors and address the transgressions of these planetary boundaries.

Remaining within the planetary boundaries is a necessary condition but it alone is not sufficient for a good future for humanity. We also need a more egalitarian world, with more equitable socio-economic systems. We need a New Order.

The West proclaims “Green Growth” or “Green Economy” as a solution to achieve true sustainability. But even if all our energy demands were generated from renewable, non-carbon sources, we would still need to reduce our material growth in order to stay within our planetary boundaries.That means we need to transform our lifestyles as well.

I believe any such transformation process will consist of a “patchwork of solutions”; some will evolve in parallel, some mutually enhancing and some may also turn out not to be successful.

Economic growth based on material growth is only a fairly new historic phenomenon. For most of human history the predominant economic model stayed much the same. The only periods when increase of global production happened was a result of demographic expansion and the settling of new lands. (Y. Harari, “Short History of Humankind”)

In his “Wealth of Nations” (1776), Adam Smith had initially intended his theory of “profit by private entrepreneurs” to help the creation of jobs and thereby creating general wealth. The concept of credit and the availability of “cheap” fossil fuel led to our current situation of exponential growth. It goes with the assumption that ever more inventions and an unlimited supply of natural resources will continue.

This flies in in the face of almost everything we know about the universe. Paradoxically, humans would consider a society of wolves foolish to believe that their supply of sheep would keep on growing indefinitely.

To change from an “eternal” growth path to Sustainability we need to radically reduce our consumption of natural resources: by a factor of five! (Club of Rome, 2009 Report: Factor Five)
This in turn requires a fundamental change of our economic priorities – from a linear growth economy to circular economy!

2) Decarbonise the economy as well as our lifestyles

To change to circular economy thinking requires firstly a phasing out of fossil fuel. One way to achieve this would be by capping global carbon use.

Feasta has developed “CapGlobalCarbon” which is a social-economic carbon pricing model. The basic principle is simple. “Cap and Share” would impose a binding cap on fossil fuel production, charge fossil fuel producers (or importers) for producing, and distribute the revenue from those charges on a per-capita basis. The cap would be lowered each year until eventually, by 2050 at the latest, fossil fuel production is eliminated.

A number of models which bear similarities to Cap and Share are currently under consideration or already implemented e.g. in California. Other examples are the Swiss Carbon Tax model, or the Canadian and Washington State carbon tax model.

“Our Gross National Product…counts air pollution and cigarette advertising.. It counts the destruction of the redwood and the loss of our natural wonder in chaotic sprawl. . …Yet the gross national product does not allow for the health of our children, the quality of their education or the joy of their play. It does not include the beauty of our poetry or the strength of our marriages, […]. It measures neither our wit nor our courage, neither our wisdom nor our learning, it measures everything in short, except that which makes life worthwhile.…”

The success of the Global Economy is still measured by GDP. It demands continual growth to avoid collapse. Feasta believes that one of the first steps to switch from a an economic model based on eternal growth to a sustainable economy is to change from this focus on GDP. Therefore we have developed a National Well-being Index (NWI) for Ireland.The first draft uses a modification of National-Well Being Indicators developed by the FEST Institute of Heidelberg University, Germany, under Prof. Hans Diefenbacher.

The indicators represent economic, social, and “environmental” well-being related to monetary terms. The project’s intention is to introduce a solid, comparable data base model that would enable comparative tracking of factors beyond traditional quantitative accounting of economic activity.NWI Ireland could be used by the Irish Central Statistics Office in parallel with the GDP based index to gain credibility. NWI also shows “dark” areas which GDP does not show.

“The Ecovillage”, Cloughjordan, Co.Tipperary, is a member of the Global Ecovillage Network (GEN). GEN “uses local participatory processes to holistically integrate ecological, economic, social, and cultural dimensions of sustainability in order to regenerate social and natural environments. […]They represent an effective, accessible way to combat the degradation of our social, ecological and spiritual environments. They show us how we can move toward sustainability in the 21st century.”

Future constitutions cannot be centered on the human alone, but must include humans and their (natural) environment on equal terms. Ecuador has already showcased such an “extension” of a National Constitution. When it comes down to it, natural rights are human rights.

New governance models must be developed that are cognisant of the unprecedented challenges offered to human societies through climate change and transgressing the planetary boundaries. These need to include, for example, a facility to allow representation of the younger generations under 18 in a Representative Democracy. After all, they will be the bearer of the decisions of the current generations presently in power.

Willi Kiefel is originally from Germany but has been living in Ireland for the last 30 years (his wife is Irish). He is an electronics engineer and has worked in various positions in information and communication technology industries as well as the automotive Industry. He is retired now. His concern for the environment goes back to his student days in Munich and the publication of the Club of Rome report “Limits to Growth”. His first contact with Feasta goes back to a meeting in Dublin in which Richard Douthwaite introduced his book “The Growth Illusion”.

Willi is increasingly concerned about democratic governance becoming too much influenced / dependent on markets and global market players. He doubts whether our current (democratic) governance models are suitable or even capable to initiate the necessary changes to our economic and societal models in the very short time left. He has been studying alternative governance models based on Commons.