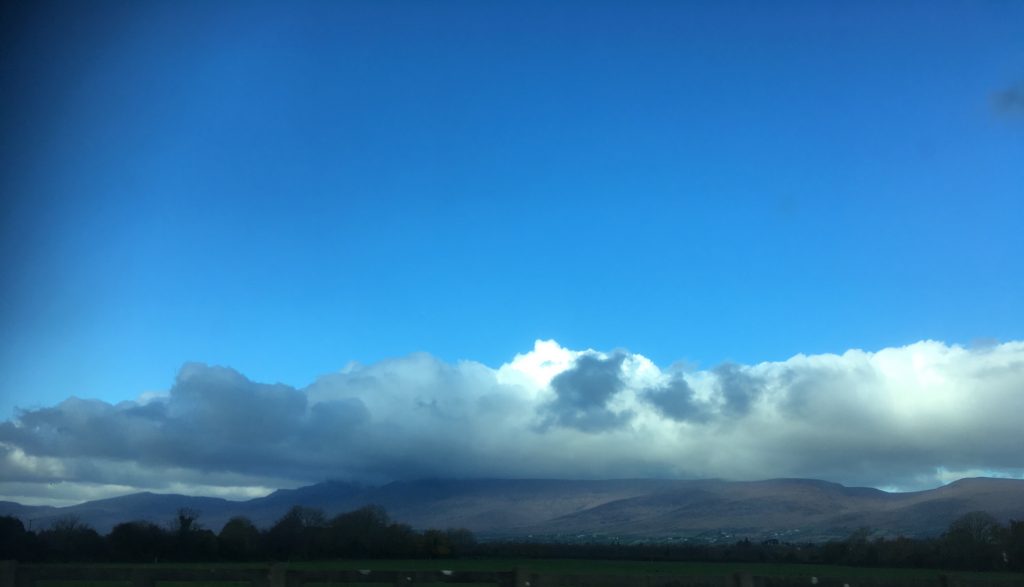 Through a combination of interview-style conversation, presentation and small-group discussion, this event explored the mental and emotional toll of our increasing awareness of climate change and environmental destruction with a view to building up resilience, both personal and community.

You can now listen to a podcast based on recordings from this event:

Many thanks to Eoin Campbell for doing the recordings.

10.45 am – Positive mental health – an introduction by John Sharry

11.00 am – Family-life in this time of eco-activism and anxiety; an interview with mother and daughter – Morag Friel and Leontien Friel Darrell

11:30 am – Enough is Plenty – How a philosophy and practice of enough can help us cope, critique, resist and create – Anne B. Ryan;

During the programme we will also provide a brief introduction to the Active Hope workshop by Oana Marian and Aaron Jewell that Feasta hope to run in the new year.

Morag Friel has been working for Feasta in an administrative role since 2007 and has lived in the Ecovillage in Cloughjordan since 2009. She has been an environmental activist for even longer but has only recently begun to fully realise the implications of activism and climate-realism for mental-health and overall well-being. She feels strongly that Feasta and other groups need to join forces to open up a conversation on these issues.

Leontien Friel Darrell grew up in Cloughjordan Ecovillage having moved there from Dublin at the age of 10. Heavily influenced by her experience there she is now a full time volunteer activist with Extinction Rebellion. She has always believed in the need for mental health awareness and ending the stigma around these discussions, and feels that the climate/environmental crisis is on the way to becoming one of the biggest causes of anxiety in the lives of many people – both young and old.

John Gibbons is an environmental journalist and campaigner and the founder of the climatechange.ie and thinkorswim.ie websites. He is a regular contributor to the national media has published articles widely in several newspapers including the Irish Times and the Guardian.

Theresa O’Donohoe is coordinator of Clare Environmental Network and PPN representative on Clare County Councils Economic Strategic Policy Committee from 2014-2019. She has been involved in Transition Ireland and sustainable community development since 2007. She lives in Lisdoonvarna with her five children and her blog is theresaod.com.

Anne B. Ryan is an active Feasta member, writer, learner, educator and activist on basic income, democratic money systems, fair taxes, and the philosophy and practice of enough.

John Sharry is a trustee of Feasta, a founder of the Parents Plus Charity a weekly columnist for The Irish Times, and an Adjunct Professor at the School of Psychology in University College Dublin. He has trained as a social worker and family psychotherapist and has over 28 years experience as a mental health professional.

This site uses Akismet to reduce spam. Learn how your comment data is processed.